According to Countryaah data, Kosovo is a secular state. 95.6 percent of the population are Muslims, 2.2 percent are Roman Catholic and 1.5 percent are Orthodox Christians.

Religious differences in Kosovo largely follow ethnic divides. Almost all Albanians have a Muslim background, while the Serbs are Orthodox Christians. In addition, there are small groups of Turkish – and Slavic – speaking Muslims. Most Catholics are Albanian. The Roman people are Muslims and Christians. 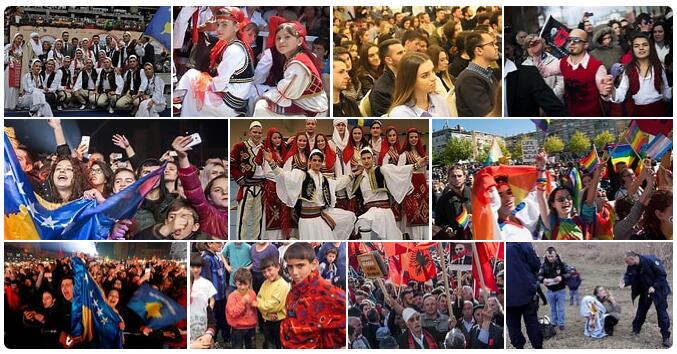 There are many forms of Islam in Kosovo. This store in Gjakova sells headgear to various Sufi orders in Kosovo and abroad.

According to thesciencetutor, from 1389 to 1912, Kosovo was officially under Ottoman rule. The majority of Albanians eventually converted to Islam, while most Serbs remained Christians, closely associated with the Serbian Orthodox Church. This church was an important carrier of Serbian art and culture, especially after the restoration of the Patriarchate in Peć in 1557. The monasteries in Western Kosovo (Dečani and Peć) in 2006 was listed on the UNESCO World Heritage Site, along with the Orthodox Church of Our Lady of Ljevis in The Price from 1306-1309. On the UNESCO list, they are listed under “Medieval monuments in Kosovo”. Kosovo has also preserved several mosques in the classic Ottoman style, such as the Sinan-Pasha Mosque in Prizren from 1615 and the Imperial Mosque in Pristina from 1461.

In Yugoslavia the people became very secular, and much of the religious cultural heritage was neglected and destroyed. Since religious symbols are largely associated with Albanians and Serbs, respectively, and their history in the area, they have often been attacked during periods of conflict and war. In 1998–1999, dozens of Muslim buildings were destroyed, such as the Ottoman bazaar in Gjakova (Ðakovica) and the Red Mosque in Peć from the 18th century. In connection with Albanian revenge attacks, many Orthodox churches have been destroyed.

The Kosovo after Tito

Tito’s openings were not enough to neutralize the nationalistic tensions in Kosovo, which re-exploded shortly after his death (May 1980). Between March and April 1981 serious incidents were caused by fringes of Kosovar nationalism calling for the establishment of a Republic. On 11 March, a rather trivial event (a student from the University of Pristina, during a meal in the canteen, found a cockroach in the soup) triggered a demonstration that soon expanded from the student circle to include a crowd of demonstrators and it turned into a real riot. The riots went on all night and only in the morning did the police succeed in appeasing them; there were numerous arrests. Two weeks later, on the occasion of a national sporting event, the Youth Relay – which Tito had set up to foster feelings of brotherhood and unity – the students resumed demonstrating, demanding better study conditions, as well as the release of their arrested comrades; the protest quickly took on a more markedly political character and slogans were chanted hoping for independence and unification with Albania. On 1 April, during another demonstration in Pristina, praise was given to the advocate of the secession of Kosovo, Adem Demaci, who has been in prison since 1975. The appearance of tanks on the streets of the city was not enough to prevent the riots continued and extended over the next forty-eight hours in many other cities (Podujevo, Vucitrn, Gjilan, Giacova etc.). It was the first time that such open forms of protest, strong and widespread were registered in Kosovo and the authorities, alarmed, ordered the sending, from other parts of Yugoslavia, of special units of the security forces: a curfew was imposed and a state of emergency declared. The Yugoslav media reported very little of these rebellions and there is still no agreement on the numbers of people who were then killed in the clashes or were arrested following the demonstrations.

The crisis in Kosovo had considerable political repercussions: the Communist Party officials in Pristina were progressively expelled, all labeled as ‘counter-revolutionaries’ and approved, in their request for a Republic of Kosovo, to the most extremists who, with Hoxha, exalted the Stalinist state. No weight was given, in reading that crisis, to the mismanagement of the Kosovo economy. In fact, in the region, as a member of the Serbian Central Committee, Tihomir Vlaskalic, had pointed out, too much space was given to heavy industries and too little to agriculture; moreover, the level of unemployment was the highest in the whole Federation: out of a population of 1,500,000 people, only 178,000 had a job and 30% of these were Serbs and Montenegrins.

Throughout the 1980s, the Albanian and Serbian nationalists exchanged accusations and counter-accusations in a sort of cultural war that went on, with no holds barred, between sensationalism, exploitation and controversy. The Martinovic case was a dramatic example of this: D. Martinovic was a 56-year-old Serbian farmer, who on 1 May 1985 was rushed to hospital in Pristina, with serious injuries to the anus, procured by a bottle of beer; he claimed to have been the victim of an attack by two Albanians; Albanian sources argued instead that Martinovic was simply a pervert. A group of Serbian intellectuals, led by the novelist Dobrica Cosic, did everything to exploit the Martinovic case in order to promote a campaign of exaltation of the pogroms against the Serbian minority.