Kosovo is not a classic travel destination. The cities, with the exception of Prizren and possibly Peja, offer few tourist highlights. However, in recent years Kosovo has increasingly developed into a European insider tip for individual tourists. Development potentials can be identified primarily in nature and cultural tourism. The partly developed mountain landscapes of Kosovo offer space for development for diverse outdoor activities; at the same time, winter sports in the Brezovica region developed in recent years. The many Serbian-Orthodox monasteries and churches in Kosovo, which are also significant in terms of art history, are classic sights for those interested in culture and / or history. It is also worth visiting one of the kullas, classic Kosovar stone houses that can tell many stories about the social structure of Kosovo. A tourist highlight is Prizren, which proves its historical importance with a multitude of sights, e.g. B. Halveti Tekke, the Gazi Mehmet Pasha Hammam, the Sinan Pasha Mosque, the Mehmed Pasha Mosque, the Museum of the League of Prizren, theCatholic Cathedral, the Orthodox Church, the old stone bridge or the Archangel Monastery, which was destroyed in 2004 and under renovation, just outside of Prizen. The monument to the Battle of the Blackbird Field (Gazimestan) and the mausoleum of Sultan Murat, both outside of Prishtina on the road to Mitrovica, as well as the monument to Adem Jasharis in Prekaz are also worth seeing in their historical significance.

The list of sights in Kosovo could easily be extended, but should be omitted with reference to further sources. The travel guide literature on Kosovo is clear. The excellently researched Bradt Travel Guide by Gail Warrander and Verana Knaus should be mentioned as a reference work. In addition, there is a wide range of current tourist information on the Internet. For Prishtina and Prizren, the travel guides available on the Internet from the “in your pocket” series give a nice overview.

The security situation in Kosovo is generally relaxed, with restrictions for northern Kosovo and the municipalities of Zvečan, Zubin Potok and Leposavic, and for northern Mitrovica. In northern Kosovo, even at present, there can be spontaneous outbreaks of violence with the use of firearms or grenades. When visiting this region, this should only be done with local supervision and taking into account daily security information.

There have been repeated violent demonstrations in the past, especially in Prishtina. It is therefore generally advisable to avoid large gatherings of people.

In contrast to the widespread perception in the West, visitors and foreigners living in Kosovo rarely come into contact with organized crime but also with everyday crime. However, it is important to observe general precautionary measures or to exercise common sense.

From a practical point of view, traffic is probably the greatest individual safety risk. The Federal Foreign Office therefore explicitly warns against night drives. It is also advisable not to be infected by the widespread mentality of the right of the strong. A passive driving style, observing the traffic rules and anticipating possible abnormal traffic behavior, makes a major contribution to safety.

As of 2013, the Landmine and Cluster Munition Monitor, with reference to the Kosovo Mine Action Center (KMAC), reported over 51 areas with a total area of 7.6 km² in which either explosive materials were detected or there was suspicion that explosive materials were there could be found. Between 2007 and 2011, over 4 km² were successfully cleared of mines. The Federal Foreign Office recommends not to leave paved roads and paths due to the continuing fundamental danger. For trips to more remote areas, it is important to find out about the local situation and ideally to fall back on the support of local guides. 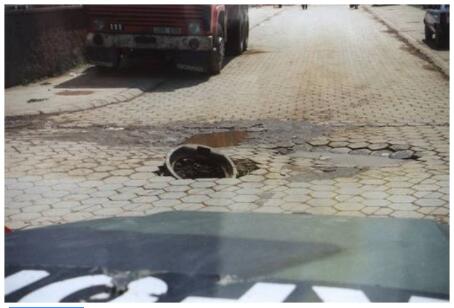 The country’s health system is in miserable condition. In case of doubt, basic or emergency care (e.g. with medication) cannot be guaranteed across the board. Adequate (travel) health insurance, which also includes medical repatriation, is urgently recommended. Due to the gaps in the nationwide drug supply, a (travel) pharmacy tailored to individual needs is advisable.

Despite a generally ailing health system, adequate care can be provided for most needs. The prerequisite for this is the relevant information about the specific offer and the necessary purchasing power. First and foremost, the American Hospital and the University Clinic should be mentioned as emergency medical contact points in Prishtina / Priština. The United States Embassy publishes a list of hospitals.

Recommended veterinary care is available in the Mega Pet Store in Dragodan, near the Austrian embassy.

There is a nationwide risk of borreliosis and early summer meningoencephalitis (TBE) being transmitted by ticks. Hepatitis A and B and rabies occur. Appropriate vaccinations, in addition to tetanus and diphtheria, are recommended for longer stays.

The international phone code for Kosovo is +383 from January 2018. Cellular services are currently offered by Vala, a subsidiary of the state telecommunications company PTK, and Ipko, a subsidiary of Telekom Slovenije. Vala operates using the Monaco-Telecom prefix (+38344) and Ipko uses the Slovenian Mobitel dd (+38349) prefix.

Besides PTK and IPKO, the most important internet providers are Kujtesa. The largest provider of postal services is Posta e Kosovës.