According to Countryaah data, the Fiji archipelago has been inhabited for the past 4,000 years. The Melanesian immigration, which today constitutes the country’s indigenous population, began in the 6th century BCE and developed one of the most advanced cultures in the Pacific. British captain William Bligh visited the islands in 1789 and brought the first detailed descriptions back to Europe.

The local community was organized around families and clans that gradually formed more complex organizations. The chief of one of these, Na Ulivau extended his rule from Ngau to the rest of the archipelago and gathered it politically. 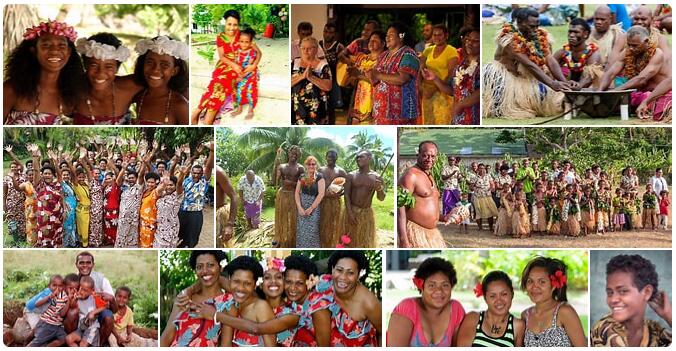 In the early 19th century British adventurers and traders invaded the islands. They began exploiting the forests of sandalwood and other aromatic woods, which gave a nice price in China and allied with local chiefs in their wars against rival groups. In 1830, the first Christian missionaries arrived from Tonga, and in 1854 baptized King Thakombau – son of Na Ulivau. This monarch, who had been described as “cannibal” in previous descriptions, was now so excited for the West that he went so far as to offer the United States to annex Fiji. But the White House at that time had enough to do with the North American Civil War and turned down the offer. United Kingdom was plagued during this period by the shortage of sugar, and “discovered” the country’s potential as a sugar producer. On October 10, 1874, the country was formally annexed with King Thakombau’s acceptance. He was in deep debt due to protracted wars against a confederation of rival chiefs.

The Fiji authorities did not oppose the acquisition and expropriation of much of the land for sugar cultivation, but the peasants proved unwilling to leave their traditional common lands to work on the sugar plantations. The British authorities therefore started importing almost slave-like labor from the Solomon Islands first and then India. Just as the British after the abolition of slavery transferred Indians to Africa and the Caribbean, they were now also transferred to Fiji to solve the labor shortage.

According to thesciencetutor, after their labor contracts expired, the Indian workers brought their families to the country and settled down as local traders, artisans and bureaucrats. They retained their language, religion and caste system, despite being far away from their country of origin. They were only prohibited from buying the lands of the indigenous people.

As the process of autonomy accelerated, a complicated electoral system ensured the indigenous population’s continued control over politics, despite being in the minority. Each of the ‘Fijian’, ‘Indians’ and ‘other’ population groups was assigned a specific number of parliamentary seats (22, 22 and 8 respectively). Prime Minister Sir Kamisese Mara was the architect of this system, which smoothly secured the country’s transition to independence in 1970. His Alliance Party (Alliance Party) presented itself as a multi-ethnic party and, in addition to its Fiji base, also got support from some Indian voters and a number of minority groups.

In 1976, the government rejected a constitutional amendment that set the conditions for mixed ethnic administration of the country. Until then, peace between the ethnic groups had only been interrupted by violent clashes in 1959 and 1968, but no doubt latent tensions exist. On the one hand, there is the trend “back to the roots”, whose center is the Pacific University of Suva. It inspires young people to seek their Melanesian, Polynesian, Hindu, Islamic or Chinese roots, thereby helping to increase the gap between cultures that otherwise existed side by side. The Indians control the trade and the educated professions. The indigenous population, on the other hand, owns the arable land that they lease to Indians with few resources on extremely disadvantageous terms.