According to Countryaah data, the great importance of the “Rödmyll government” was due to the fact that the Finns were able to meet the Soviet attack together. The German-Soviet non-attack pact of the autumn of 1939, the Terijoki government formed by the FKP leadership of the Soviet Union during the winter war, the incorporation of the Baltic States into the Soviet Union and finally the winter war, narrowed the foreign-political divide between the bourgeoisie and the Social Democrats.

Before the “continuation war” in 1944, an opposition had emerged against the unifying government of all parties that ruled the country. The resistance originated in the working class, especially in the trade union movement. It was led by a group of social democrats (“sexlings”) and communists. But the 1940-41 opposition could easily sweep the government aside. The “winter war spirit” had made all democratic opinion formation difficult. 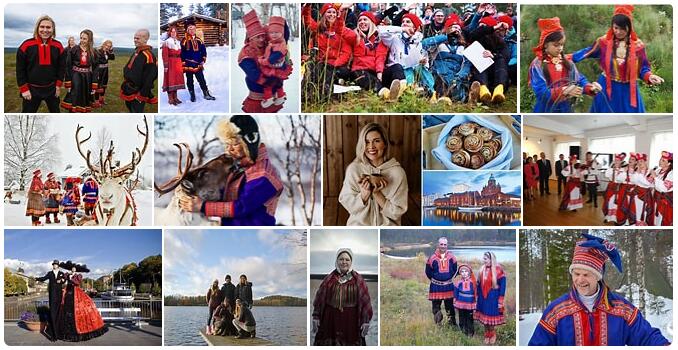 Mobilization and the regulated economy had made it necessary to include the labor organizations in the governance of society. This meant that the bourgeoisie now recognized their rightfulness – especially the JRC. However, they were not recognized as representatives of the workers as a class, only as representatives of a group of community members with certain common interests. The “winter war spirit” arose theories of a kind of corporate socialist view legitimized by anti-Sovietism. This ideology suffered partial, but not final, defeat in September 1944, when the government ended a ceasefire with the Soviet Union.

The ceasefire was not imposed on the Finnish government in the same way as the Moscow peace in 1940. Allied forces continued to stand together against Germany, and there was no possibility of speculating on a third partner in relations with the Soviet Union. In this situation, the old foreign policy was turned on its head by the Prime Minister, JK Paasikivi, who was the leader of one of the ruling finance groups in Finland and later became president.

While the Finns had tried before 1944 to avoid a situation where they were left alone in their relations with the Soviet Union, they were now trying to prevent a third power from interfering with these relations. This remained the basic idea of ​​Finnish foreign policy until the collapse of the Soviet Union.

The future depended on the Finns’ ability to establish links with the East on their own. The new foreign policy satisfied the Soviet Union’s strategic and ideological interests: the imperialist powers could no longer speculate in Finland, and it was not a matter of occupying the country with Soviet troops.

Along with the foreign policy course change, 1944 meant a significant democratization of society. FKP was made legal and, above all, the collective interest representation of the workers was finally recognized. Still, democratization faced a strong counter-current, such as led to the communists’ activities from 1948 and up to the mid-1960’s not being perfectly legal, and the policy of the trade union movement during that same period being reduced to an old-fashioned daytime demand line with no political objectives.

The city center with a grid plan from the 1810s by JA Ehrenström is dominated by government institution buildings. Particularly monumental are CL Engels’s buildings in empirical style around the Senate Square and a later complex mostly in an eclectic classicism by Gustaf Nyström. The merchant houses from the early 1800s in the harbor area have largely become administrative buildings; to them joins the present City Hall of Engel.

To the east of the harbor stands the Orthodox Uspenski Cathedral (1868, AM Gornostayev). Another famous church is the Temple Church (1969, Timo and Tuomo Suomalainen), which is engraved in the mountain. The street streets in the business center are partly typical of the neo-Renaissance of the late 19th century, but the hallmarks are also the striking features of the smooth facades of the 1960s. The central parts of the city are also characterized by a large number of residential buildings erected 1900–40, which exhibit a mixture of robust national-romantic art nouveau (so-called twenty-classicism) and functionalism.

The former working district north of the city center has been rebuilt after 1960 with oversized light and simple building volumes. Many of the public buildings of the 20th century, e. g. railway station (1914, Eliel Saarinen), National Museum (1910, Herman Gesellius, Armas Lindgren and Saarinen), Parliament House (1931, JS Sirén), Finlandia House (1968–75, Alvar Aalto), Kulturhuset (1956, Alvar Aalto) and Olympic Stadium (1934 –40, 1950–52, Yrjö Lindegren and Toivo Jäntti) are located in the areas around Tölö Bay in the middle of the city. Administration’s and business’s new massive building complex is being concentrated in the area at Böle (Pasila) new railway station. The cityscape in the central parts is also characterized by the landscape parks, largely from the 19th century, which on the western beach areas form an almost continuous green belt. Central Park, an outdoor area overgrown with coniferous forests, extending north through the suburbs. Several of the outer areas, including Brändö, Haga and Kottby were planned as garden districts and were greatly expanded after the Second World War.

According to thesciencetutor, the breadth of cultural life reflects Helsinki’s position as the capital of Finland. There are 13 professional theaters, two radio and TV theaters, a dozen professional dance theaters and dance groups as well as a large number of amateur theater groups. Of the professional theaters, the Swedish Theater, Lilla Teatern and Pikku – Lillan give performances in Swedish. The most important Finnish-language theaters are the Suomen Kansallisteateri (Finnish National Theater) and the Helsingin Kaupunginteateri (Helsinki City Theater).

The Finnish National Opera cultivates musical drama and ballet. Professional music education is given at the Sibelius Academy, Helsinki Conservatory and Åggelby pop / jazz institute. Professional dance education is available at the National Opera’s ballet school. In Helsinki every year Helsinki festival and Sea Jazz are organized as well as various music competitions, eg. The Sibelius Competition (violin). Every two years, the Helsinki Biennial for Modern Music is organized. Concerts are given throughout the year by the City Orchestra and by the Finnish Radio Symphony Orchestra.

In Helsinki, there are several cultural history museums and art museums, most of which are the Ateneum, which can be characterized as Finland’s Central Museum of Art, and the Museum of Modern Art, Kiasma, which was inaugurated in 1998. the Nordic Art Center in Sveaborg. In 2000, Helsinki was one of Europe’s cultural capitals.