The release of all political prisoners at the end of March was enshrined in the National Democratic Pact, which the government signed monthly with the Common Opposition Platform – a coalition of 10 legal political parties formed in November 1992.

At the end of 1993, parliamentary elections were held, the legitimacy of which was questioned by international observers. According to Countryaah data, the ruling party got 68 out of 80 parliament seats. After Spain expelled its consul from the city of Bata in January 1994, the country halved its assistance to Equatorial Guinea.

In March 1995, the leader of the opposition party Progressive Party, Severo Moto, was sentenced to 2½ years in prison for bribing a police officer and injuring Obiang’s “reputation”. In April, Moto was again sentenced, this time to 28 years in prison for treason and conspiracy. The verdict was condemned by Western countries – especially Spain.

In July, several members of the Bioko Movement for Self-Determination (Movimiento para la Autodeterminación de Bioko) were arrested. Bioko is one of the islands belonging to Equatorial Guinea. In a climate of accusations of arbitrary arrests and torture, the government proclaimed presidential elections in early 1996. In February – shortly before the election – the government disbanded the opposition’s Common Platform and detained several of its members. The February 25 election was won by Obiang with 99% of the vote. The opposition characterized it as a “farce”.

The human rights organization Amnesty International has received numerous reports of detention for political reasons, torture and murder – clergy and soldiers accused of conspiring against the government. 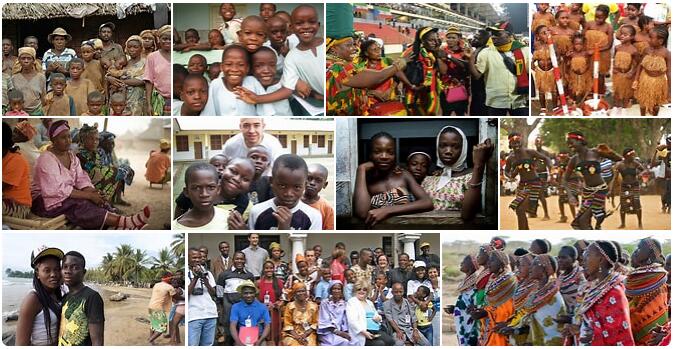 In January 1998, security forces detained hundreds of members of the Bubi people living on the island of Bioko. They were accused of attacking military installations and of belonging to Bioko’s Movement for Self-Determination. According to Amnesty International, they were detained solely because of their ethnic affiliation.

According to thesciencetutor, Obiang’s Prime Minister, Angel Serafín Seriche Dougan, resigned as predicted at the start of his term, and the President formed a new government in early 1998. In September 1999, the Secretary-General of the opposition party Convergencia para la Democracia Social (CPDS) was arrested. He was later released but placed under surveillance and accused of conspiring against the government.

In March 2000, Amnesty International criticized that at least 50 of the bubi prisoners on Bioko Island in Malabo had been dispatched with unknown destination. According to the human rights organization, steps were taken to harm the prisoners physically and mentally.

Per capita income increased from US $ 370 to US $ 2,000 in the period 1995-2000, but growth has not led to a more even distribution of income. Nevertheless, the development has resulted in qualitative improvements in health and education in particular.

In 2001, natural gas was discovered in the underground and this led to enhanced economic growth. The majority of local investment has been in construction, which has attracted other sectors and thus contributed to the economic development of poorer sectors as well.