Montenegro is not a homogeneous country from the point of view of ethnic composition: according to the last census (2011), prior to independence (2003), the Montenegrins were 43% of the population, the Serbs 32%, the Bosnians the 12% and the Albanians 5%. The balances have been significantly changed since 1991, when Montenegrins accounted for 62% of the residents and Serbs only 9%. This is not due to significant migratory movements but to a different perception of their identity by the resident population, in this case considerably influenced by regional political dynamics. Neither language nor religion differs from Serbian ones. First, the Montenegrin language (štokavo) is considered by linguists to be a dialectal variant of Serbo-Croatian. Again according to the 2003 census, Orthodox Christians made up 74% of the population, while Muslims made up 18% and Catholics made up 4%.

Finally, the case of Sandžak deserves mention, a historical-political and geographical-administrative region divided between Serbia and Montenegro which nurtures autonomist aspirations. Its residents are Bosnians, Muslims, Serbs and Montenegrins. Bosnians (45%) represent the predominant ethnic group in both administrative subdivisions but in the Montenegrin half the relative majority is made up of Serbs (34%) while Montenegrins are a minority (less than 15%) on both sides of the region. This complex ethnic interlocking complicates relations at the border, although it does not appear to lead to a modification of the current borders.

Podgorica, 1946-92 Titograd, capital of Montenegro; 139,400 residents (2003), most Montenegrin, but with an Albanian and a small Turkish minority. According to Countryaah data, Podgorica is a major industrial city (aluminum, wood products, machinery) and also has a university (1974). During World War II, the city had only a few thousand residents and was almost totally destroyed; but when it replaced Cetinje in 1946 as the capital of Montenegro, wide, straight streets, large green areas and modern buildings were constructed. According to thesciencetutor, as the city lies on a plain, it was difficult to defend against the other mountainous Montenegro, which is why it belonged to the Ottoman Empire 1474-1878. 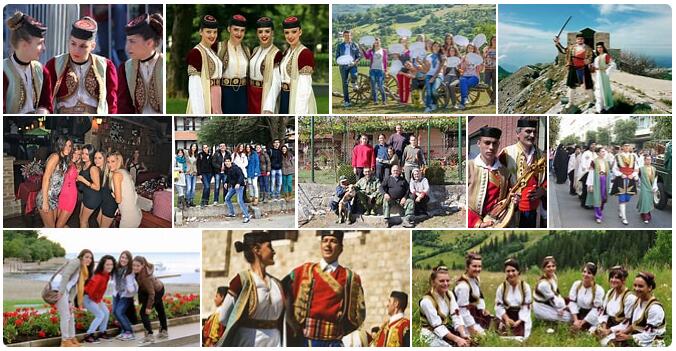