The residents are called Maltese and are a mixed people with elements mainly Arabs and Italians. There is also a small British minority. Malta has a population density of 1,532 residents per km2, making it one of the world’s most densely populated countries. More than 90 percent of the population lives on the main island. Most live on the north side of the island, around 200,000 around the great bays and natural ports (including Grand Harbor), which are bordered by overgrown villages and towns, such as Valletta and Sliema. The largest cities are San Pawl il-Baħar (26,200 residents 2018) and Birkirkara (23,600 residents). 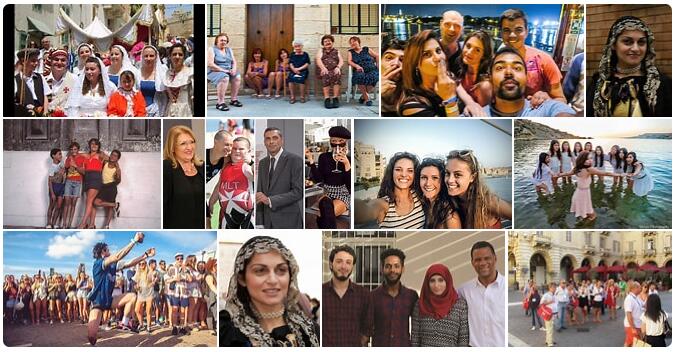 According to Countryaah data, 98% of the population (1993) are members of the Roman Catholic Church, which is the official religion of the state, but without concord between church and state. According to thesciencetutor, religious freedom prevails. There is a bishop for the main island of Malta and one for the island of Gozo. Cathedrals can be found in Valletta, Victoria and Mdina, as well as an Anglican cathedral in Valletta and a mosque in Tarxien. The church life is intensive and has an Italian feel.