In 2000, the authorities conducted a lawsuit against the sultan’s little brother, Prince Jefri for fraud and fraud during his tenure as Finance Minister and Director of the State Investment Office. Items he had until 1998. He had been fired and forced to declare his own business for bankruptcy. Throughout his 10 years as minister and director, he had transferred large funds from the state to his own business. The year after the trial, a large auction was held in which 10,000 effects belonging to the prince were put up for sale.

During the 2001 ASEAN summit in Brunei, East Asian heads of state committed to participate in the fight against terrorism initiated by the United States. At the same time, they postponed the time of setting up an Asian Free Trade Area to somewhere between 2006 and 2010.

According to Countryaah data, the Swedish king Gustav visited the country in February 2004 and came on this occasion with very sympathetic statements about the dictatorship. The statements led to a state crisis in Sweden and demands for the king’s departure. The crisis only settled after a few days when the king withdrew the statements.

According to thesciencetutor, in February 2003, Brunei and Zambia entered into diplomatic relations. In March, the national oil company signed an agreement with a consortium of 3 foreign groups: TotalFinaElf Deep Offshore Borneo BV, BHP Billiton and Amerada Hess. In 2003, Brunei’s economic growth was budgeted at 5-6%.

In March 2004, the government announced the detention of 2 former members of the security forces and a director of a transport company. The three were charged with fraud, subversive business and incitement to hatred directed against Sultan Bolkiah. In accordance with the laws of the country, those arrested can be detained indefinitely and without the possibility of having their case heard in the courts. One of the two former members of the security service was also charged with spying. Acc. authorities sought the detainees to jeopardize the country’s security and stability. The group had also synonymously posted a number of sensitive information on the Internet about administration, the country’s armed forces as well as criticism of government bureaucracy and bad administration. The authorities immediately removed this information from the network. 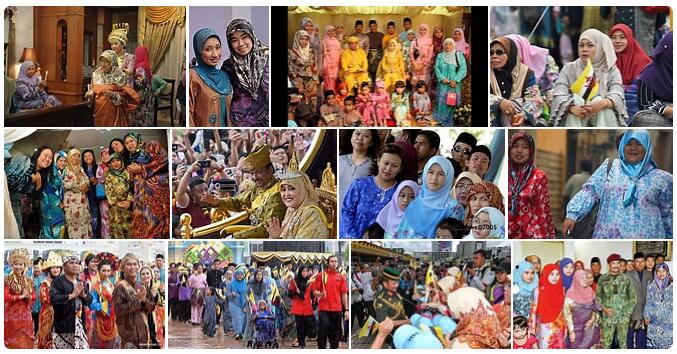 In July, pilot Briton Charles Nicholls at Royal Brunei Airlines was detained at Heathrow airport outside London for having consumed alcohol before a flight to Brunei. International agreements give airport authorities the right to carry out tests on all flight attendants to determine their alcohol intake. The 53-year-old Nicholls was suspended until a full investigation was completed.

In September 2004, the Sultan allowed Parliament to reopen after being put out of play for 20 years. In May 2005, he replaced 4 ministers in his government. Both steps were identified as the most important political steps since the country’s independence. Hassanal Bolkiah took slow steps towards reforms and the government transformation was seen as steps in this direction. For the first time, ministers with experience from the private sector were admitted. Deputy Education Minister Abdul Aziz had been in the post for 20 years and had been pushing hard for the use of the Malaysian dialect jawi especially used in religious teaching. Aziz wanted to strengthen religious teaching. Faced with this were parents who wanted a strengthened education in science and technology. The Sultan also appointed a non-Muslim minister for the first time. He also appointed his eldest son to the post of Prime Minister. This was taken as an indication of the further succession in the Sultanate.

In April 2006, Brunei became a member of the Asian Development Bank (ADB). In July, the Sultan celebrated his 60th birthday with a luxurious banquet and at the same time gave the country’s public servants a pay rise for the first time in 20 years.