Benin, Republic of the West African State, overlooking the Gulf of Benin. The Center-South of the country, populated by fon people, hosted from the 16th century. the small aja kingdoms (Allada, Ouidah, Popo, Dahomey, Jakin etc.), among which it established itself in the 18th century. the Dahomey. In the North, the Borgu kingdoms dominated, with Islamic presences. In the 17th and 18th centuries. the coast was a large slave market, with several European emporiums. The slave trade to Brazil continued into the nineteenth century, although palm oil replaced it as the main export. The French presence extended into the late 19th century. with protectorates and occupations (Porto Novo 1882, Cotonou 1890, Ouidah 1892). The possession of the Benin was renamed Dahomey in 1894. Occupied the territories to the North up to Borgu, shared with Great Britain, the French united Dahomey (with capital in Cotonou) to French West Africa (1904). Poor in resources, the colony specialized in providing administrative personnel to other territories. Autonomous republic in the French Community, it became independent in August 1960, after refusing to join the Federation of Mali. The first president, Hubert Maga, a northerner, was overthrown by a military coup (1963) and replaced by a coalition of two southern leaders, Justin Ahomadégbé and Sourou-Migan Apithy. Other military interventions followed, up to an agreement for a rotating presidency among regional leaders (1970). But already in 1972 there was a coup by Major Mathieu Kérékou, a northerner, who in 1974 made a change in a Marxist-Leninist key, establishing a single party and a planned economy system. He implemented nationalizations, especially affecting French interests, and renamed the country the People’s Republic of Benin (1975). Repression followed coup attempts(1988) aggravated the already strong internal discontent with the austerity measures imposed by the International Monetary Fund. In 1989 Kérékou, under popular pressure, abandoned Marxism-Leninism and accepted a democratic change. He convened a National Conference (1990) which expressed a transitional government, chaired by Nicéphore Soglo, and a new pluralistic Constitution. The presidential elections of March 1991 were clearly won by Soglo. The latter put in place fiscal and reorganization measures to revive the economy, alienating however the consent of the public service. In the 1996 elections Soglo was beaten by Kérékou, again confirmed as president in 2001. The 2006 presidential elections were won by independent candidate Thomas Yayi Boni, a northerner, who called for a breakthrough against corruption and structural reforms. Local consultations in 2008 handed the major cities of the South to the opposition. Religiosity voodoo is an important presence in the life of the Republic of Benin.

Porto-Novo, the capital of Benin in West Africa; 267,200 residents (2009). According to Countryaah data, Porto-Novo is located on the land side of a large lagoon and spreads out over the surrounding hilly country. In the city center are many colonial buildings, royal palaces and several traditional shrines; east of this to trade districts and ministries. According to thesciencetutor, the old center in Benin gives the city a provincial feel, and it lies as an appendix to Cotonou, Benin’s economic center, 30 km to the west.

The city was changed. in the 1500-h. and was long an important slave-trading town. During the French colonial period, it was the main city of Dahomey. 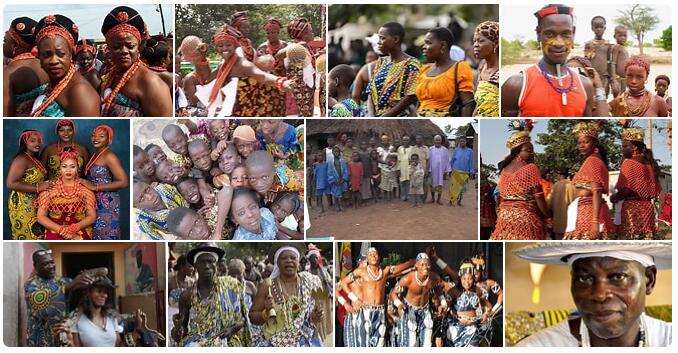