According to Countryaah data, the visit to Manama by Israeli Middle East Minister Yossi Sarid in October 1994 – the first contact at this level between Israel and a Gulf country – was a clear demonstration of the liberal, economic policy the regime in Manama was in charge of.

A Shiite leader, Sheik Ali Sulman, was arrested in December 1994 after signing a petition for reinstatement of the Constitution and a re-establishment of the parliament that had been dissolved in 1975. His arrest led to demonstrations facing the government, where 2 students and a valet. In April 1995, Emir Isa ibn-Sulman Al-Khalifah met with 20 opposition leaders to try to stop the escalating violence. In August of that year, an agreement was reached that led to the release of 250 political prisoners.

Al-Jamri and six other opposition leaders lamented in June, the government’s unwillingness to fulfill the agreement and a hunger strike, culminating on November 1. A giant demonstration was answered by the government with the closure of the mosques; a reprisal that merely helped to make the situation worse.

In 1996, the demonstrations were repeated across the country and some of these demonstrations developed into violent clashes with the police. The government decided to reinstate the death penalty in order to sanction those responsible, which was approved by an appeals court. A UN working party tasked with controlling arbitrary and illegal detentions and convictions issued September 3 statements on the conditions of prisoners in Bahrain’s prisons. According to thesciencetutor, the group was not authorized to visit the prisoners, who had not usually been through a trial. Amnesty International declared in July that large groups of women and children were being subjected to grave violations in Bahraini prisons. 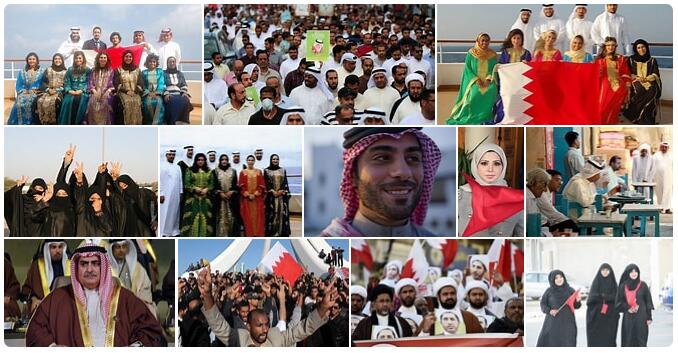 Due to the social conflicts, a number of companies have decided to leave the country and instead establish themselves in Dubai. Bahrain and the other 5 member countries of the Cooperation Council – Saudi Arabia, Oman, Kuwait, Qatar and the United Arab Emirates – have looked at ways to make their currency independent of the dollar in order to better hedge against the currency turmoil and to Avoid major decline in oil revenues.

In October 1999, US Secretary of Defense William Cohen arrived in Bahrain with the very clear purpose of continuing the country’s support for the US blockade against Iraq. But no details were subsequently released about the meeting.

On Independence Day in December 1999, the emir Sheik Hamad bin Isa Al-Khalifah spoke about democratic opening and promised to restore the municipal councils.

On January 12, 2000, Bahrain’s Foreign Minister declared that the country would resume diplomatic relations with the Vatican. This move had probably been decided already 2 months earlier when the emir of Hamad bin Isa Al-Khalifah met with Pope John Paul II in Rome. In February, the trial of Abdul Wahab Hussain, the deputy chairman of the opposition movement Bahrain’s Freedom Movement, began. Hussain had been arrested in 1996 for signing a call for the reinstatement of democracy in the country.

In February 2001, by a referendum, the people strongly supported a political reform package put forward by the royal family. The proposals would only be implemented in 2004, and foresaw the transformation of the state into a constitutional monarchy. At the same time, more than 900 political prisoners and exiles are pardoned, and the State Security Act and the State Security Court, both introduced after the 1995 riots, are also repealed.

In December, the Ministry of Information filed a lawsuit against journalist Hafez al-Shaikh for publishing critical articles on Shiite society. He was charged with violating press and media laws. Al-Shaikh claimed that the charges were instead due to critical comments from his side, published in a Lebanese newspaper, about Bahrain’s cooperation with the United States in the October invasion of Afghanistan. Following the terrorist attacks in New York in September 2001, the United States has intensified its cooperation with Bahrain – especially in the military field.