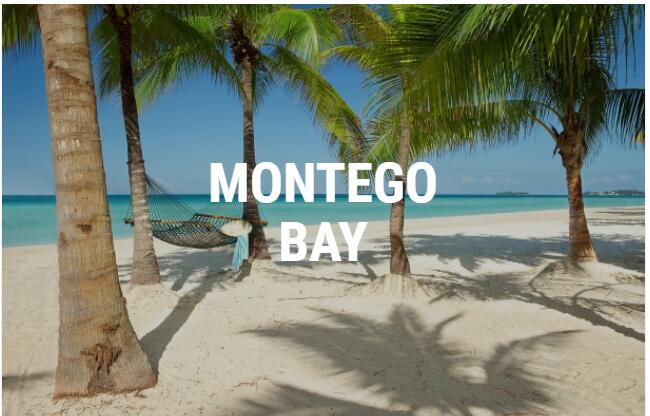 The unhurried rhythm of life catches on

Jamaica’s Montego Bay is the country’s second-largest business center, right after the country’s capital, Kingston. In addition, Montego Bay is Jamaica’s most popular resort. The city is located between lush hills and the Caribbean Sea. There is a relaxed atmosphere and rhythm of life that will catch up during your stay. Stunning beaches, warm sunshine, good facilities and interesting places to visit offer something for everyone.

The city’s beaches are shallow-bottomed and at the same time child-friendly. The water of the Caribbean Sea is clear, which provides a great setting for diving and snorkeling, for example. Water sports such as snorkelling, kayaking and windsurfing are popular activities in Montego Bay. The main street along Hip Street is home to many of Montego Bay’s most popular beaches. Many locals tend to gather at Dead End Beach at sunset.

Montego Bay is generally known for its stunning sandy beaches, reggae music and rum drink. A small portion of the population of the island of Jamaica represents the Rastafarian religion. In Montego Bay, it’s worth attending the evening reggae parties, where you can dance until the morning.

Montego Bay is ideal for the vacationer looking for a vacation full of relaxation and fun. Due to the shallow beaches and good hotel options, the destination is also suitable for families with children. If, for example, the most famous resorts in Asia start to be knocked out, Jamaica could be a good option.

Montego Bay and Jamaica have a tropical climate, with average temperatures remaining between about 25 and 32 degrees. The warmest is in the spring and winter and the most popular tourist season is the months from December to April.

Montego Bay is Jamaica’s most popular and diverse tourist destination, attracting hundreds of thousands of tourists each year.

Since Montego Bay is built full of hotels and the city most of the year is teeming with tourists, an authentic Jamaican way of life must be sought elsewhere. Good excursion destinations can be found, for example, in the southern part of the island, where Treasure Beach is located.

The mountains of Jamaica are also worth a visit. Both tours and hikes can be made to the famous coffee plantations. However, you should only explore the mountains with a trusted tour operator.

In addition, water sports are very good. Various snorkelling and diving trips are organized on site to explore the nearby coral reefs and clearest waters. In addition, wildlife can go surfing and windsurfing. Montego Bay also has several golf courses for sports enthusiasts.

The town’s many small shops sell small home-made shoes, decorations and local rum. Here you should also buy one of the most famous coffees in the world, Jamaica Blue Mountain Coffee. Otherwise, Jamaican cuisine is a breeze from kitchens around the world. Restaurants are guaranteed to use fresh ingredients and fish is often served with interesting spices. In addition, the fruit is fresh and very good.

The price level in Jamaica and Montego Bay is cheaper than in Finland. Food and drink in particular are much cheaper. Because Montego Bay is a highly popular tourist destination, prices may not be as low as in other Jamaican destinations outside the tourist center.

Although Montego Bay is a popular and well-known beach holiday destination, safety should also be kept in mind during your stay. In popular hotel areas, the traveler can feel comfortable and safe, but not in all parts of the island of Jamaica.

In the Jamaican capital, Kingston, crime can be considered a serious problem. In Montego Bay, too, caution should be exercised outside tourist areas.
The tourist should therefore keep his eyes open and avoid areas and neighborhoods that are known to be dangerous.

Dunn’s River Falls are famous for their many connections, but they are also the only waterfalls in the world that descend directly into the sea.

Finland also makes package tours to Jamaica. At least Finnmatkat makes package tours from Finland to the Montego Bay holiday destination. Sometimes it may be possible to purchase only flights through a tour operator. In late winter, there may also be more affordable sudden departure fares to Jamaican resorts.

There are plenty of hotels in the Montego Bay area. Many of these are good quality and even luxury hotels. Some of these have all-inclusive services. Cheaper and more modest accommodation options can be found outside the tourist area of ​​Montego Bay.

The easiest and cheapest way to explore the city of Montego Bay is on foot. The area is large enough to be well controlled on foot.

Public transport in Montego Bay includes buses and trains. They are advantageous to navigate, but safety can still be questionable. In Kingston in particular, it is not advisable to use public transport due to the poor safety situation. Renting your own car is not recommended due to the different driving culture.

Vague taxis should also be avoided. A smart traveler in Jamaica will only use taxis from the Jamaica Union of Travelers Association that are authorized by the Jamaica Tourist Board. The most reliable way to get a taxi is to order through the hotel. It is a good idea to agree on the price of the trip in advance before getting on a taxi. 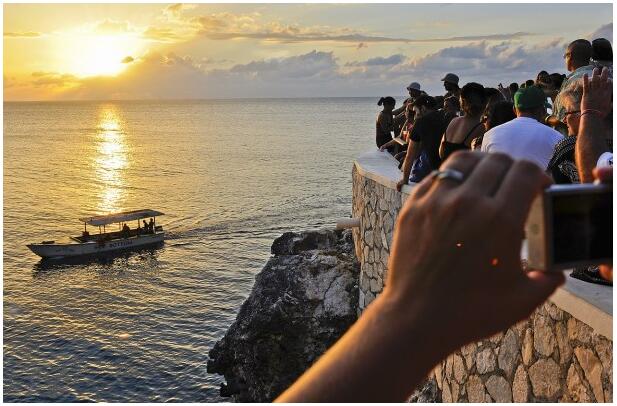 Excursion to the terrace of Rick’s Café is nice to take an excursion by boat of Tropical Dreamer Cruise, for example.

These two attractions can be combined on a day trip. Martha Braen River can be traveled by bamboo ferry through the jungle. At the same time, you can get to know the animal species of the jungle. The day’s journey can continue after this to Dunn’s Falls, the only waterfall in the world that descends directly into the sea. There are also small lagoons in the area of ​​Dunn’s Falls.

In the village of Nine Miles, you can visit Bob Marley’s birthplace, which now serves as a museum. This destination is suitable for anyone who likes reggae music and its history in the slightest. It is also possible to visit Bob Marley’s tomb on site. Nine Miles is about a 2-hour drive from Montego Bay and offers guided tours.

The best beaches in the country in Negril

Another popular beach resort village, Negril, is located on the western tip of Jamaica. Negril’s beaches are some of the most popular and active on the island, and there are also many hotels to visit. Negril beach is often ranked among the best beaches in the world. Montego Bay is about 80 kilometers from Negril.

THE BEST OF MONTEGO BAY 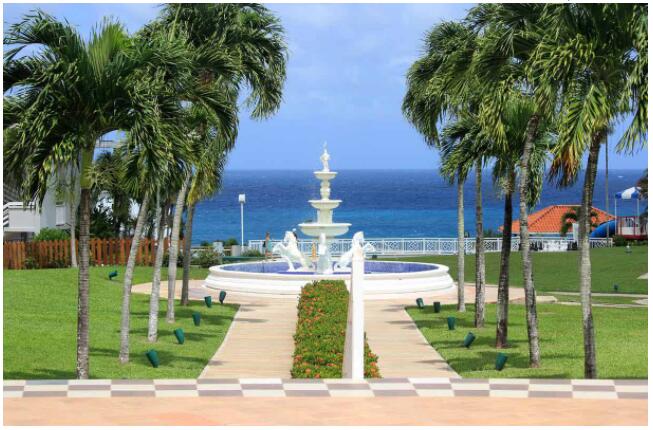 The best beaches in Montego Bay